Smarthome installation in a private apartment

Home References Smarthome installation in a private apartment Back 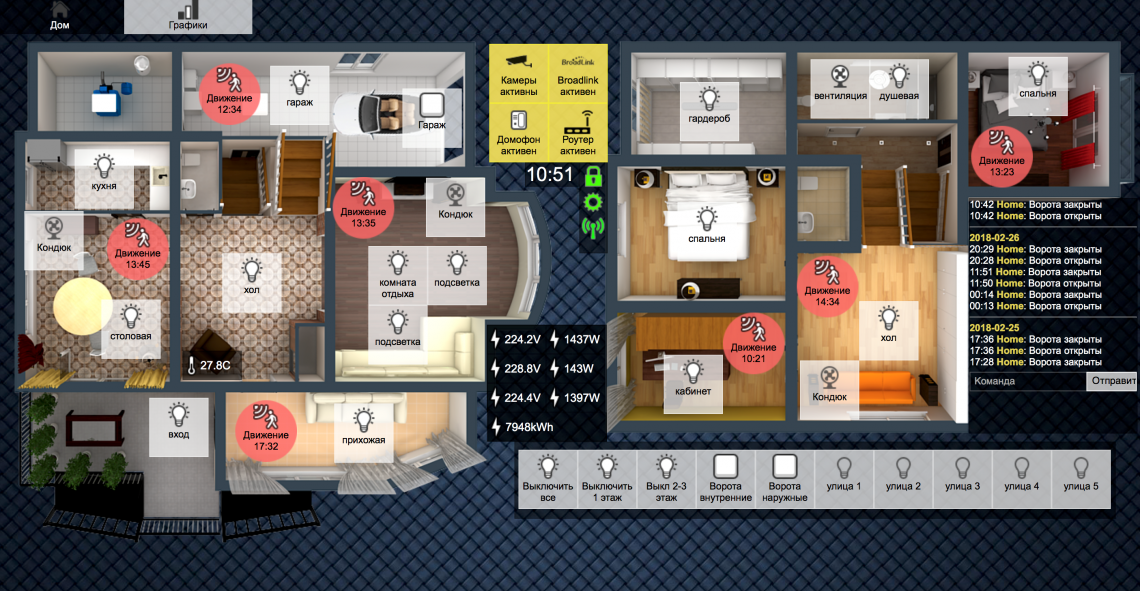 A customer from Ukraine shared with us information about his project of smart home system built in his apartment.

According to the owner, his inspiration for the project was a desire to control the whole house and anything that happens inside – from lightning and water consumption to HVAC and surveillance.
Initially, the project was based on the Arduino platform but later was redesigned for the Raspberry Pi. Through it, the owner discovered our Neuron product line.

From the hardware point of view, the central control unit of the system is UniPi Neuron M203 with 20 digital inputs, 4 digital outputs, 14 relay outputs and a single analogue I/O module. Currently, only digital inputs and single digital outputs are used, connected to a suite of sensors including energy meters for energy consumption monitoring. For humidity and temperature data collection, combined temperature/humidity meter is used in combination with a Wi-Fi wireless microchip.

Heating is controlled via two-state thermoelectric drives installed on radiator valves, while water consumption is monitored by electric water cranes. A leak detector is also used to prevent water leaks. Energy usage in the single-phase and three-phase network is measured by digital energy meters using the Modbus RTU protocol. A custom-made convector was then designed to convert Modbus RTU data into Modbus TCP protocol. Surveillance system then consists of a network of wireless motion sensors placed around the object. According to the owner, the overall project budget did not exceed €1200

The only UniPi software solution used in the project was TCP Modbus overlay for input values and control of I/O modules on the control unit. All other software components were custom made by the owner. Sensors are utilizing the MQTT protocol for relaying humidity and temperature values. All received data are displayed on a control interface, through which the user can display a floor plan of the whole apartment featuring indication for lightning, energy consumption, ventilation or motion sensor status. Through a comprehensible interface, the user can then display the thermal graph, water flow and other statistical data.

The system is currently existing in two iterations. The first is used in the owner's private apartment, with about 90% of the system being completed – the owner plans the installation of decorative lighting and automated flights. The second installation has been installed in a private house. According to the owner, future plans involve the implementation of such smart systems for his customers. 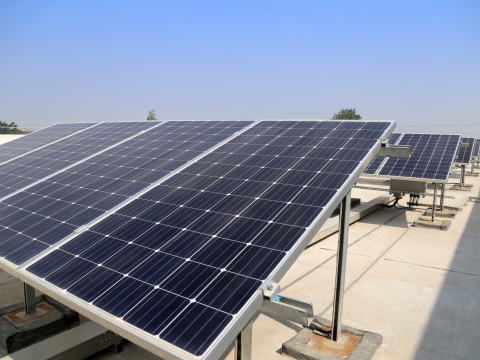 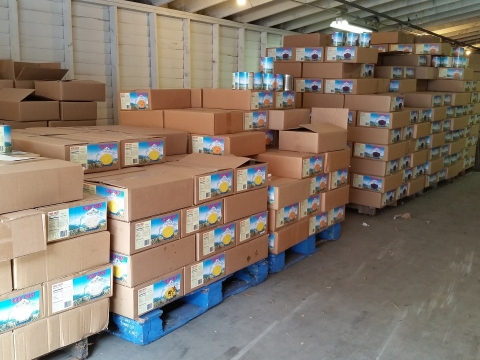 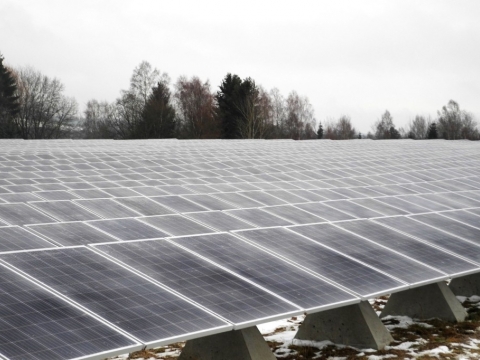