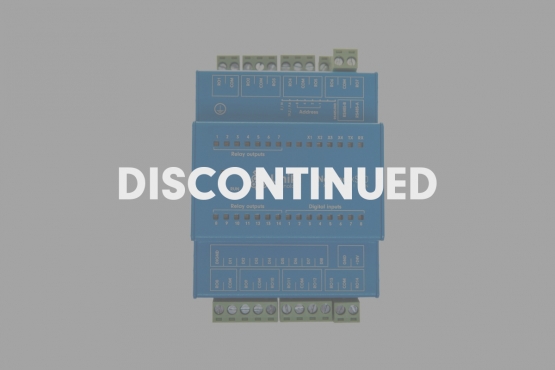 UniPi Extension xS40 is an extension module for UniPi Neuron and UniPi Patron programmable logic controllers. The module allows for a quick extension of automation networks by additional I/Os. The xS40 model is a universal module combining digital inputs and relay outputs.

Note: The xS40 was phased out of production. The product was replaced by the Extension xS11.

The UniPi Extension line of extension modules was designed as a quick and inexpensive way to extend the automation network by additional inputs/outputs without the need to purchase another PLC. Modules are not equipped with a computing module, which is replaced by an additional I/O board. Computing module is represented by a master PLC to which the module is connected via RS485 serial interface.

Along with standard I/O functionality, the module offers several functions to enhance the module's performance and to allow it to react to critical events.

The default setting is a function allowing each processor to save its default configuration. This configuration is loaded after every device reboot triggered either by a manual restart or by a power outage.

MasterWatchdog feature monitors the communication between CPU and I/O board processors. If no exchange occurs within a pre-set timeframe, the MasterWatchdog automatically resets the device and me/O modules back into default settings.

I/O boards of the module feature their own control processor, which retains the basic I/O functionality in the case of PLC downtime or connection failure.

Addressing the extension module can be done either via control software running on the remote master control unit or can be set manually via the integrated DIP switch. The DIP switch allows the user to set up to 4 bits of address and is evaluated in preference to software settings. If the address on DIP switch is set to “0000”, all DIP switch settings are ignored and the software settings take priority. 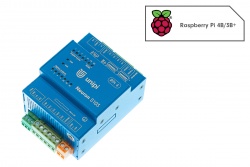 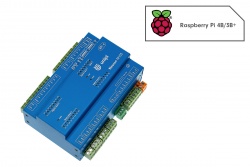 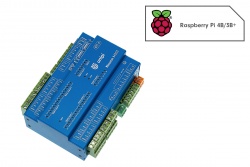 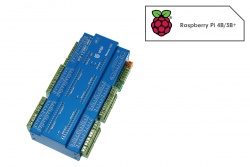