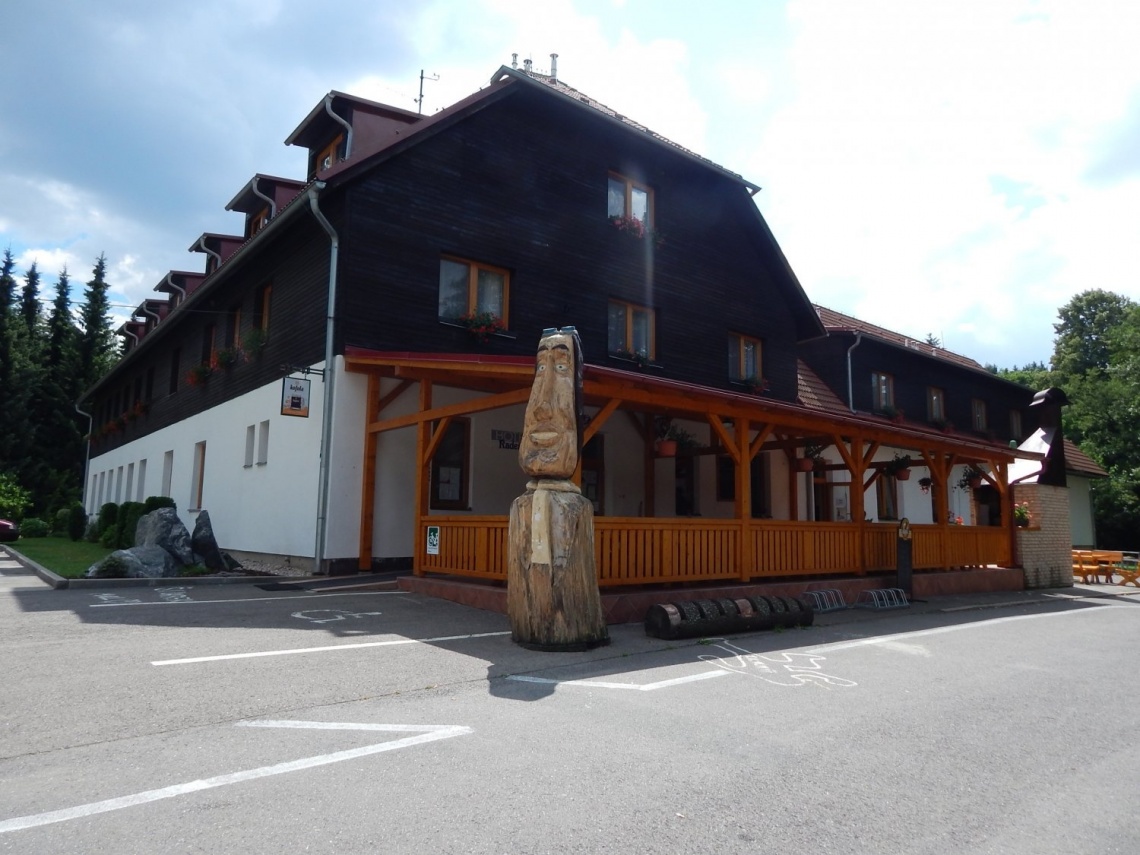 Use of PLC units for heating and regulation system in the Baloon Hotel in Radešín.

The heating regulation system used in Baloon hotel Radešín resulted in lower operation costs, easier hotel room management and a greater heating efficiency thanks to interconnection of the hotel with a hotel brewery.

Before the installation of the system, manual control of central heating was used. It was thus necessary to manually turn radiators on or off in each room. Later, all rooms were equipped with thermostats, these were however limited by their battery life. Overall, this solution was not economical or comfortable, it was thus decided to automate the system.

The "brain" of the system consists of 4 UniPi v.1 controller units along with several extension modules. Radiators in each separate room are equipped with a digital valve connected to relay outputs. A digital thermometer is placed in each room and magnetic contacts are installed into windows.

When a guest makes a room reservation, hotel personnel turns on the heating in the said room via an online user interface to prepare an optimal temperature. If a window is opened, the system turns the heating off to prevent energy waste. During the night, the temperature is lowered to allow a comfortable sleep, while in the morning, it is raised slightly. The heating is also interconnected with a small automated brewery, placed in a part of the hotel building itself. The brewery is a unique system on its own and waste heat produced by the brewing process is re-used for hotel central heating, further reducing expenses. 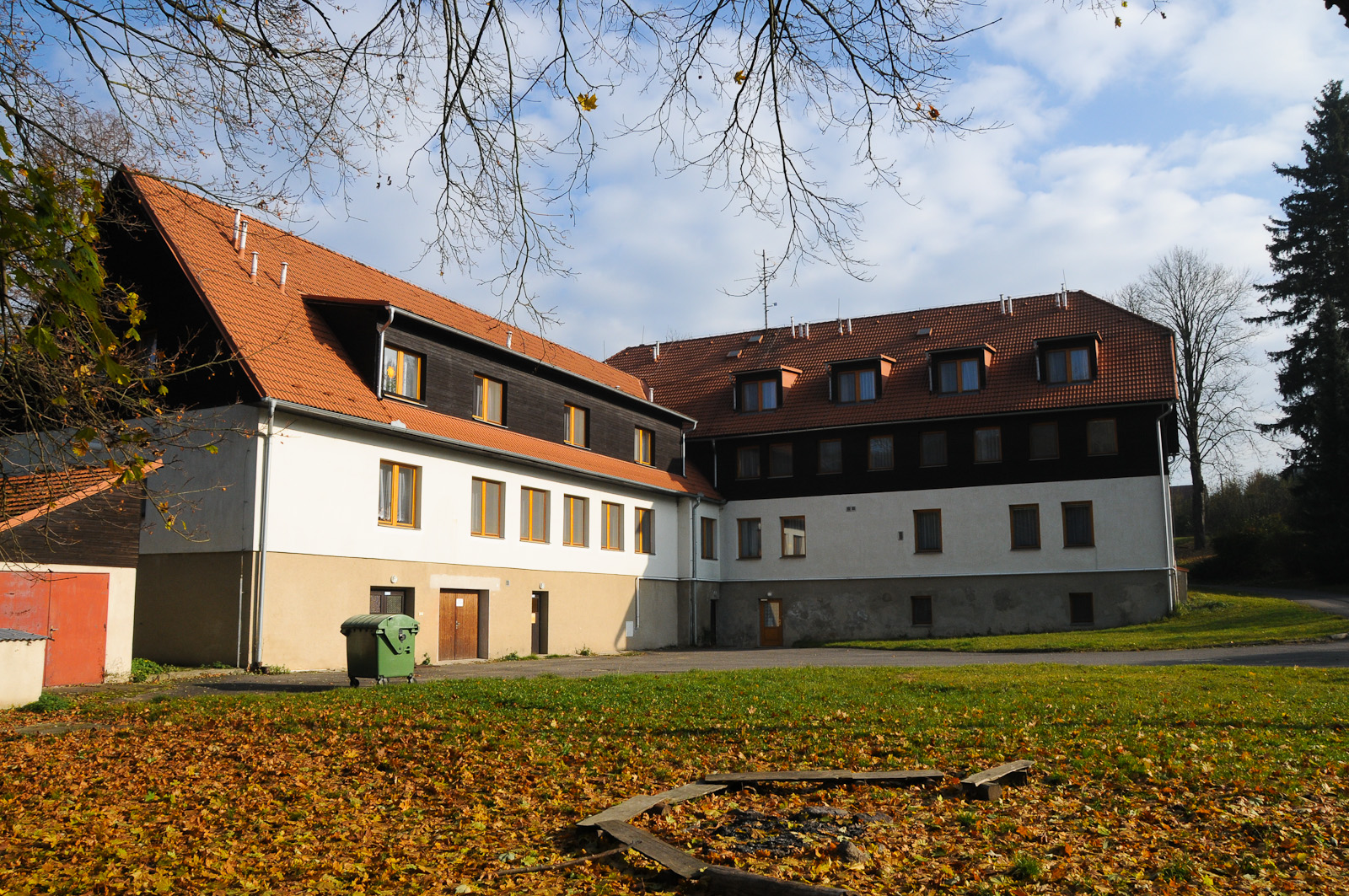 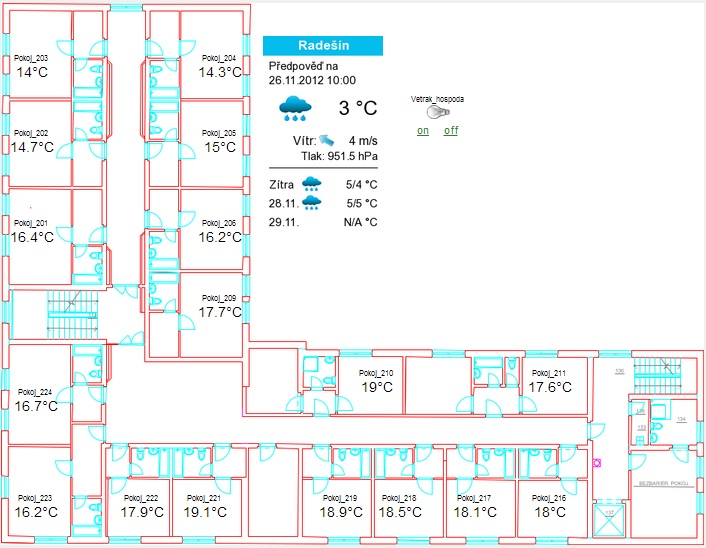 The screenshot of a floorplan in the hotel's user interface 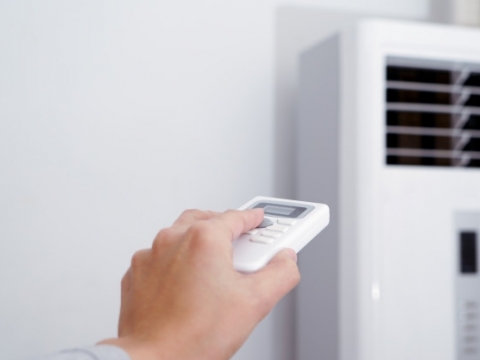 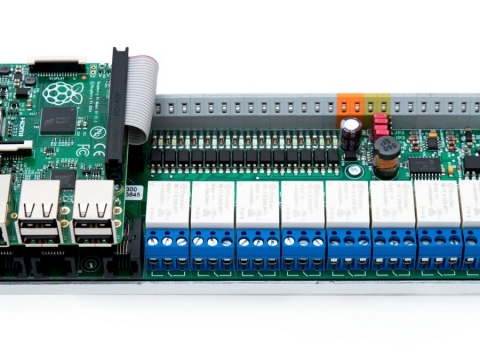 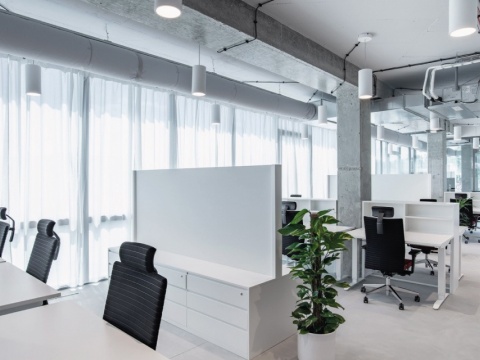 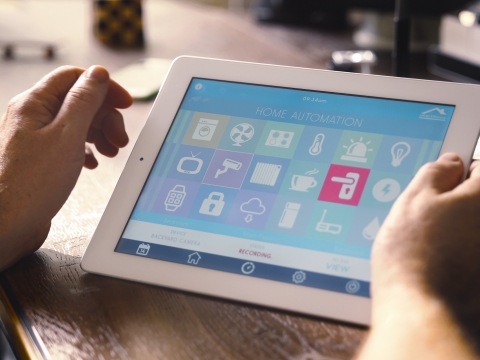