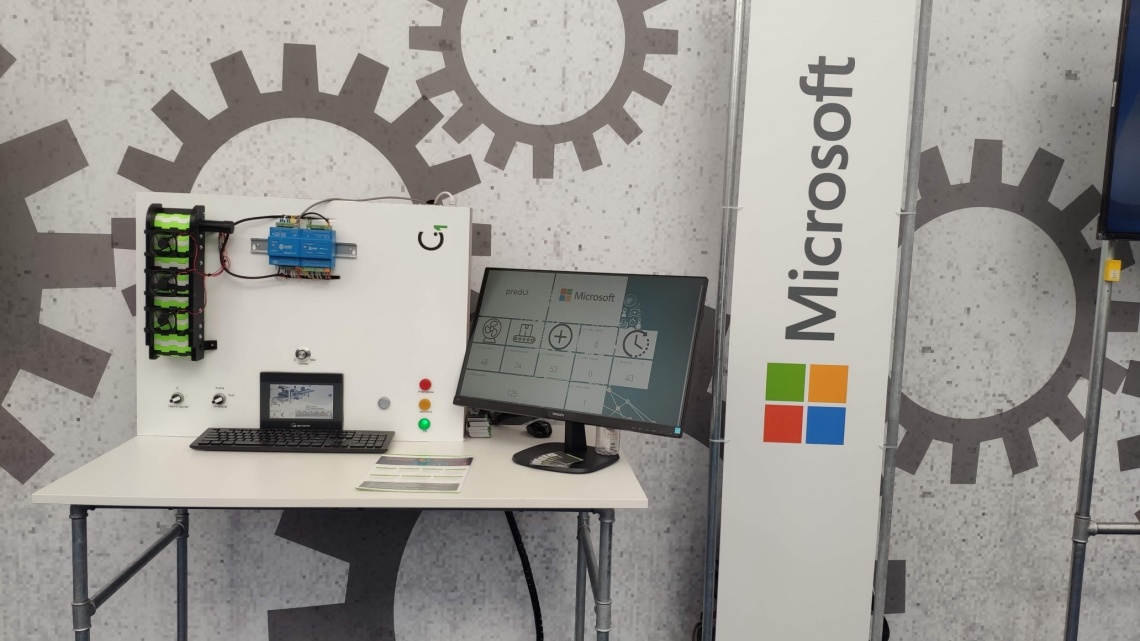 A customer from Slovakia utilized Unipi programmable logic controllers as a basis for a showcase industrial production monitoring system. The project was presented as part of the Microsoft exposition on the International Engineering Fair in Brno, Czech Republic.

Predu s.r.o. is a Slovak company focused on the development of advanced solutions for automation, communication and software development. In the IoT sphere, the company then deals with energy management, power distribution networks and integration of its own solutions into already existing systems, as well as providing its customers with services related to communication automation.

Between 7th and 11th October 2019 the company attended the International Engineering Fair in Brno, Czech Republic, whose topic for the year 2019 was digitalisation and automation of industrial production within the Industry 4.0 concept. As a part of Microsoft exposition, Predu s.r.o. presented a showcase project simulating a real-time regulation and monitoring of industrial production, that was based on the Unipi Neuron programmable logic controller and Unipi Extension extension module.

The goal of the project was to prove the possibility of monitoring maximum quarter-hour overruns in the industrial environment through the use of automation and suitable software solution. Maximum quarter-hour is a term used to denote a maximum negotiated amount of consumed energy within a 15-minute interval, that is used to prevent peak demands on the consumer side. If the quarter-hour is exceeded, the customer is usually charged with contract breach fine. Ability to monitor energy draw in real-time is thus useful in preventing such overruns and avoiding any fines.

The project also aimed to implement a software that would allow the Unipi controller to act as a communication gateway for sending data into the Azure IoT Hub platform developed by Microsoft. 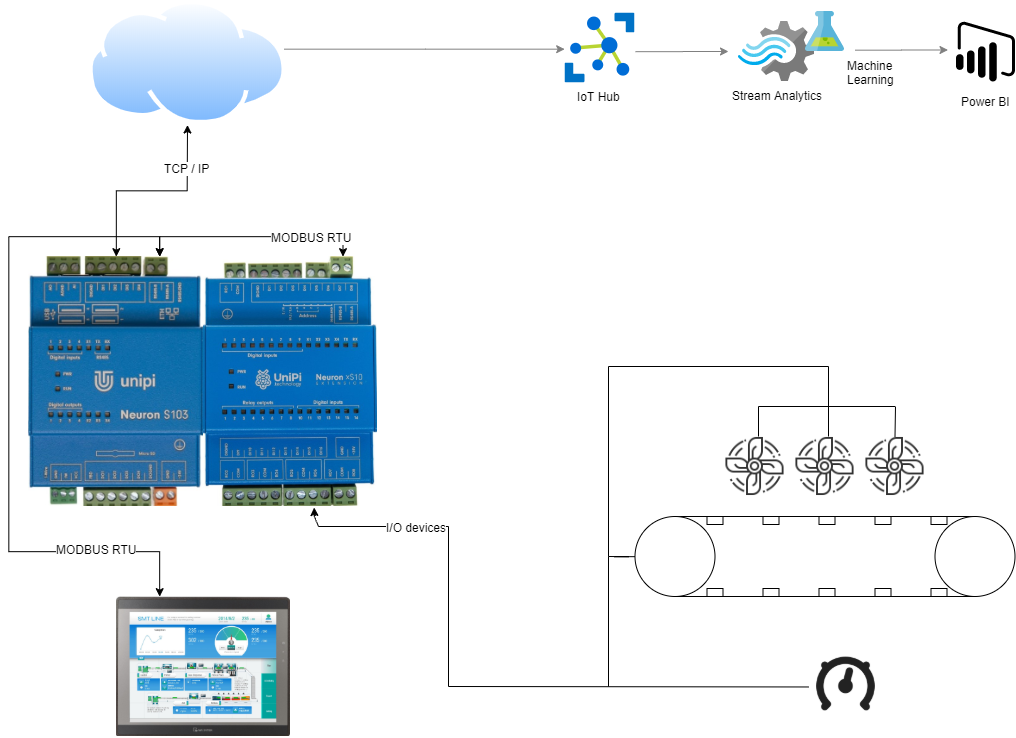 The monitoring system itself was based on Unipi Neuron S103 controller that was supplemented by Unipi Extension xS10 module; the extension module collected data from energy meters placed on each individual part of the project, while the controller processed the energy data and monitored the maximum quarter-hour. The controller and the extension module communicated through the RS485 interface using Modbus RTU protocol; the same interface was also used to communicate with the Weintek MT8071iP operator panel through which it was possible to monitor the project's operation in real-time and regulate it if needed.

The control logic of the project was created in its entirety in the Mervis IDE development environment - part of Mervis, an officially supported SW platform for programming of Unipi PLCs. The controller was then sending data into the Azure IoT Hub platform through the TCP/IP Ethernet connection. Using Stream Analytics service the data then streamed into the Microsoft PowerBI platform for real-time data visualization. The visual output could be observed by visitors on an external screen placed next to the exposition.

Currently, the showcase project can be visited in the lobby of the Microsoft Czech Republic headquarters. 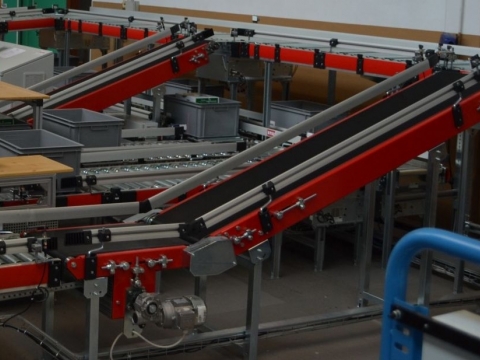 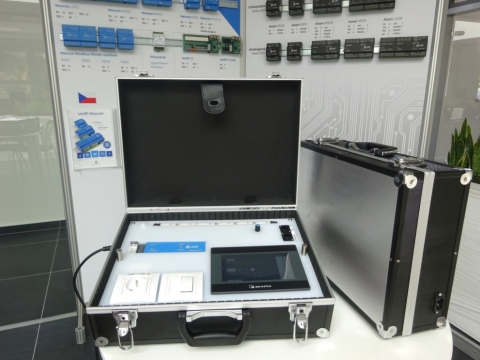